Luxembourg is a very small but beautiful country. It is the capital of the country of same name. This city is famous for its ruins of medieval fortifications. We visited this city from Brussels, Belgium in just one day. This city is so small that you can cover it by walking.

From Brussels we took a train in the early morning as it is a 3 and a half hours journey. We reached Luxembourg City around 11:00 AM. From the train station we headed to the city square which is 15-20 minutes away. We wanted to grab some breakfast but most of the cafes don’t serve breakfast after 11:00 AM so had just a good coffee in La Table Du Pain. They really have great breakfast choices but our bad!

In our short trip we covered following points.

It is a historic place with massive complex of underground tunnels & galleries, begun in 1644 and was used as WWII bomb shelters. These tunnels are approximately 12 miles long and you can visit part of it. There are guided tours available, but we did it by ourselves. We spent around 2 hours here. Windows here gives amazing views of the city.

You need to walk a lot and paths are not marked well. You get a map with your tickets but under the tunnels its really dark that sometimes you can’t read maps and get lost.

It is the Roman Catholic Cathedral. It is built with different architectural styles and beautifully stained-glass windows. Worth visiting. I felt very peaceful here and spent around 30 minutes here.

This place is called as “The most beautiful balcony in Europe” and is absolutely correct. It definitely gives stunning views of the city. I felt like I am in 17th century. It is close to the Bock casements. We spent around 1 hour here but I could have stayed there forever.

This palace is residence of the Grand Duke and is undoubtedly beautiful, but we got to see it only from outside as its accessible to public only in July until the end of August.

It is monument of Remembrance, usually known by the nickname of the Gëlle Fra, It is dedicated to war heroes of Luxembourg who volunteered for service in the armed forces of the Allied Powers during both World Wars and the Korean War. It is 10 minutes away from town square.

There are some good museums in the city, but we are not much of a museum people, so we opted that and instead spent remaining time in town square which is filled with lots of shopping options, cafes. We walked around the streets exploring its culture.

I would suggest Golden Bean Coffee Experience for a great coffee and Oberweis bakery for good bakes.

In Luxembourg city most of the cafes and restaurants follows strict timing to serve food so you might not get breakfast after 11:00 AM and lunch after 2:00 PM also you will see that most of the shops and cafes gets closed after 6:30 PM (But it’s mostly common in any Europe city)

We left Luxembourg at 7:00 PM and reached Brussels around 10:30 PM. It was totally wonderful experience.

Maine: Not only for Lobster lovers 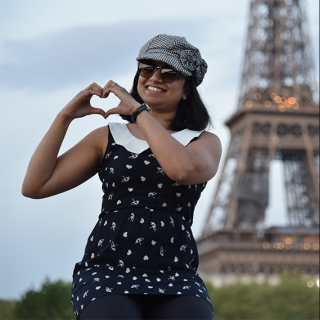 An artist, travel blogger, chef, techie and many more..